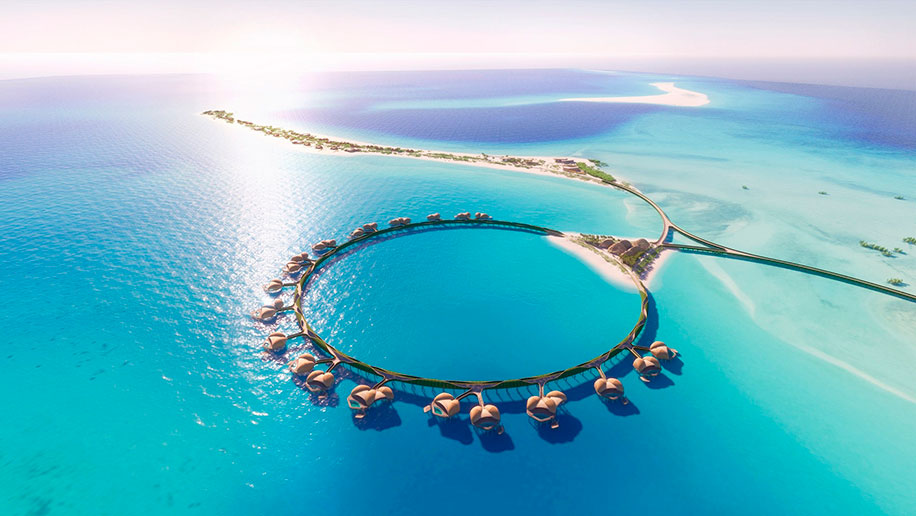 Its current portfolio in the Middle East includes more than 150 properties with more than 40,000 rooms across 21 brands, in 11 countries.

It said its growth in the region “is driven by continued demand for its portfolio of hotel brands in Saudi Arabia, Qatar and the United Arab Emirates, and increased developer appetite for conversions and adaptive reuse properties.”

In Saudi Arabia, Marriott will open properties at the Red Sea Project and Diriyah Gate, with an additional six luxury properties scheduled to open in the kingdom in late 2023. Anticipated openings include the debut of the St. Regis and Edition hotel brands. in the country and the introduction of the first Ritz-Carlton Reserve in the Middle East with the opening of Nujuma, a Ritz-Carlton Reserve in the Red Sea Project. In response to what it says is strong demand in Saudi Arabia for select-service accommodation, it will also open a new Four Points by Sheraton in Riyadh and Courtyard by Marriott in Jubail, expected to be operational in 2023.

In Qatar, Marriott plans to nearly double its presence with 10 anticipated additions over the next 15 months, six of which are scheduled to be unveiled before this year’s FIFA World Cup. It will include the debut of four brands: Edition Hotels, Delta Hotels by Marriott, Element Hotels and Autograph Collection Hotels. The company also expects to open its second St. Regis hotel in Qatar later this year, The St. Regis Marsa Arabia Island, The Pearl.

In the United Arab Emirates, Marriott said it will further expand its portfolio of more than 70 properties. It hopes to cross the 50-property mark in Dubai alone this year, with the upcoming additions of Marriott Resort Palm Jumeirah, Dubai; Delta Hotels by Marriott Green Community, Dubai; and Four Points by Sheraton Production City, Dubai.

In Kuwait, the St. Regis and Marriott Executive Apartments are expected to open in late 2023, while Marriott’s Aloft Hotels will also debut in Oman.

Marriott says that while much of its growth in the region is due to new development, it continues to see an increase in conversion opportunities. There is also increased interest in the adaptive reuse space where developers are looking to convert existing buildings into hotel accommodations. More than 30 percent of anticipated property additions in the region by the end of 2023 are expected to come from conversions and adaptive reuse projects.

“As a company, we have developed an easy-to-convert platform that enables existing properties to quickly and cost-effectively access our world-class sales, distribution and loyalty platforms to meet the demands of owners and guests,” said Chadi Hauch. , Regional Vice President. development for Marriott International in the Middle East.