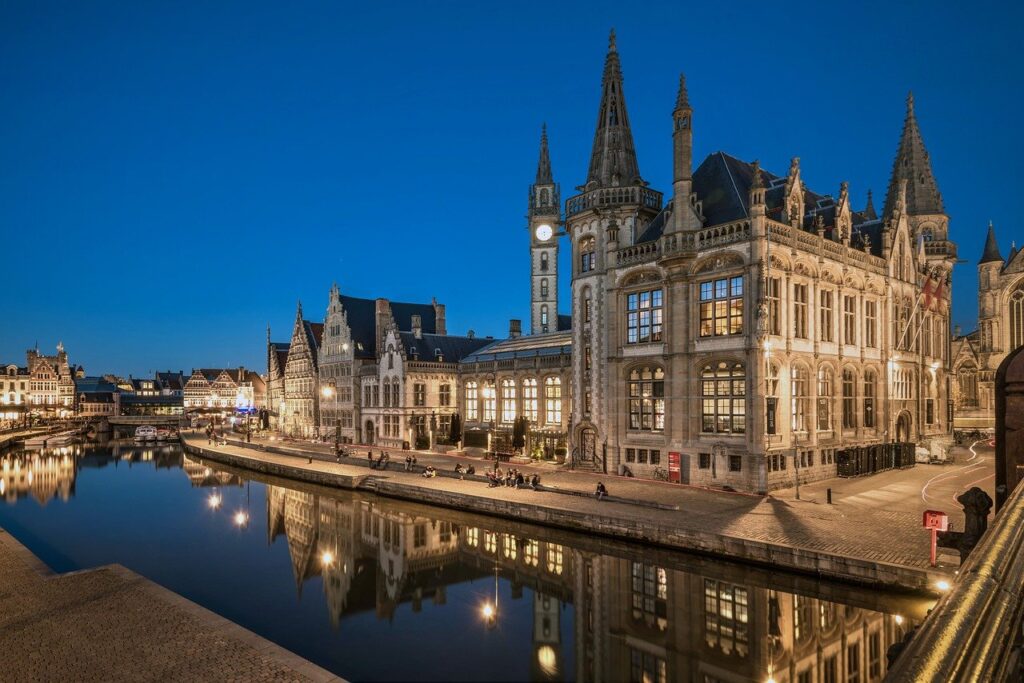 Despite its modest size, Belgium has a lot to offer tourists: medieval castles, modern architecture, a world-famous fashion industry, exceptional cuisine, and over 1,000 brands of beer, it’s true. Belgium is not only home to one official language, it boasts three! While more than half of Belgians speak English, please note that not all public signage will be in English. With that said, here are our top tips to help you get the most out of a trip to Belgium.

Planning a trip to Belgium

Pack a raincoat in your suitcase.

Belgium experiences a lot of rain because it is situated between the North Sea and the Atlantic Ocean. Temperatures rarely exceed 72°F (22°C), so pack waterproof clothing no matter what time of year you visit.

Make the most of your vacation by seeing as much as possible.

There are plenty of destinations to see in Belgium, and it’s easy to travel between them by car or train. We recommend spending time in multiple cities so you can sample everything the country has to offer. Bruges is a great place to wander and lose yourself in the picturesque streets, Antwerp has excellent museums and fashion boutiques, the Hoge Kempen National Park is perfect for hiking, and Brussels’ Grand Place is recognized by UNESCO as a World Heritage Site. Most cities are within a few hours of each other, making it easy for travelers to cover a lot of ground quickly.

It’s always a good idea to carry some extra cash when you travel, just in case.

In Belgium, public toilets that do not charge are practically non-existent. Most public places cost money to use the bathroom and very few accept credit cards. Make sure you have some euros and change handy before you leave your hotel or restaurant: it costs an average of €0.50 (US$0.54) per trip to the toilet.

Instead of taking a taxi, use public transport when you first arrive in Brussels.

Taxis in Brussels are among the most expensive in Europe, with a taxi ride between Brussels airport and the city center costing at least €3 (US$3.30) per kilometre. While we don’t discourage people from spending money after a long-haul flight, the city’s excellent bus, tram, and subway system will get you just about anywhere you want to go from 6 a.m. to midnight every day. on weekdays, even to the city from the airport (for just €7/US$7.35 in total). Consider renting a bike through one of several local bike share programs like Villo! and Billy Bike if you want to go by cheap and ecological transport.

Do not rush to rent a car

In Belgium, you can drive from one end of the country to the other in a few hours, and virtually every road in the country is well lit at night. Rental cars are also easy to come by thanks to car-sharing apps like Poppy and Cambio, which make it super convenient to rent a car on the go.

Driving in Belgium, on the other hand, can be quite a challenge. Signage is mostly monolingual, with names varying depending on the language spoken. Aachen may appear on Belgian signage as Aix-la-Chapelle, Gand is the Flemish city of Ghent, and Lüttich is also Liège, Luik, and Lüttich.

When in doubt, speak English.

In Belgium, Dutch, French and German are official languages. Flanders in the north speaks mainly Dutch (particularly the Flemish dialect), while southern Wallonia speaks French. In the territories east of Liège, German is the preferred language. Brussels (also known as Brussel and Bruxelles) is officially bilingual; speaks Dutch and French.

With language being such an important part of the debate over Belgium’s cultural identity, it’s best to speak English if you’re not sure what the dominant language is wherever you go. You’ll probably find that most people can speak English very well anyway, especially in places like Antwerp and Brussels.

Recycle according to Belgian standardsBelgians attach great importance to recycling. In fact, Belgium has the highest household packaging recycling rate in all of Europe (a super 94.9%). While you should make an effort to recycle and reduce your waste when traveling away from home, it’s especially important to do so when visiting Belgium.

It is not necessary to tip in Belgium

You are not expected to tip in Belgium because service staff earn a living wage. Usually 10-15% is automatically added to restaurant bills as a standard courtesy. But, if you want to tip more because you received exemplary service, feel free! Just leave extra money on the table when you finish your meal.

Greet the person by extending your hand.

What is the correct way to say “good morning” in Belgium? It depends where you are. Most people in Brussels would accept a handshake over a kiss, while most people in French-speaking Wallonia prefer to turn their cheek for one. To be cautious during these times of Covid awareness, we recommend reaching out to see what happens.

Be sure to stop by the store this Sunday to pick up your purchases.

If you don’t have time during the week, don’t expect to stock up on food or buy souvenirs on a Sunday. Because most Belgians are Roman Catholic, many businesses are closed on Sundays, including major supermarkets and banks.

There is nothing quite as relaxing as kicking back with a cold beer after a long day. Belgium has more than 300 breweries and there are more than 1,000 different Belgian beers. As a result, drinking while you’re there is pretty much a must (and you might get snubbed if you order a glass of wine instead of a home brew at the local pub). Pilsner, Witbier, and Trappist beers are just a few of the beers available.

Belgians are passionate about their glassware, so don’t try to drink your Duvel anywhere other than a licensed container. You’ll find many options to choose from, including tulips and flutes, stemware and pitchers.

Health and safety precautions to take when visiting Belgium

Is it legal to drink tap water in Belgium?

You can drink tap water in Amsterdam and some people say that it is even better than bottled water. Carry a reusable water bottle with you to help reduce plastic waste.

You can feel good about yourself.

In 2003, Belgium became the second nation in the world to legalize same-sex marriage, and its strong progressive beliefs and vibrant nightlife make it a popular choice for LGBTIQ+ tourists. Brussels has long been at the center of the action: La Demence, a dance event that draws partygoers from around the world 12 times a year, takes place there. Bruges and Ghent are two other cities that are getting in on the action.

Have fun, but watch out for petty crime.

Although Belgium is generally considered a safe country, tourists should beware of pickpockets and thieves in crowded areas. Unfortunately, there has been an increase in terrorist attacks across the country in recent years, so visitors should be very careful when visiting Brussels, home to international organizations such as NATO and the EU.