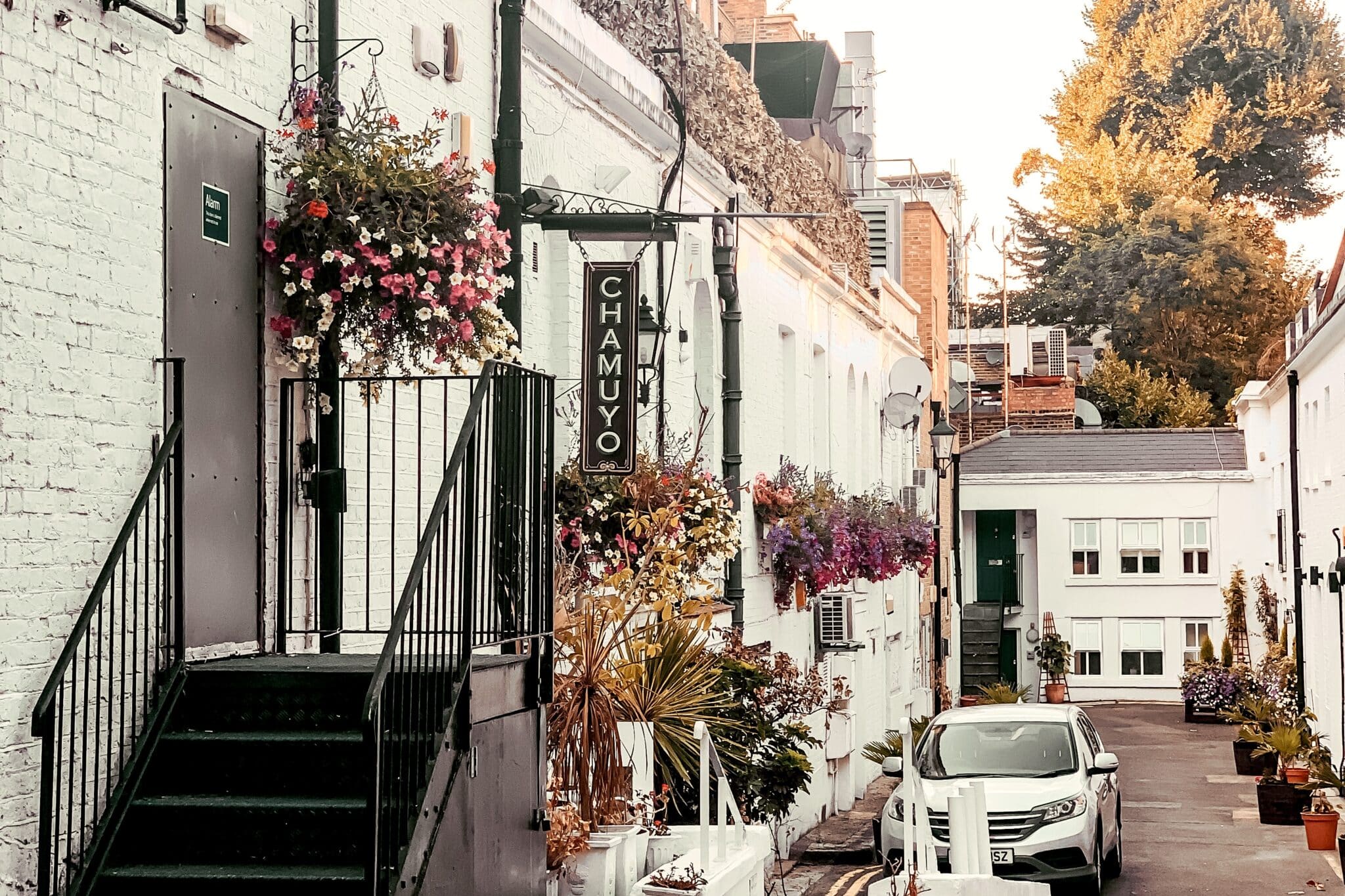 Halal Argentinian Steakhouse in West London, you say? We are all ears! While passing through Queensway/Bayswater the other day, we received a flyer with a 50% off offer for a newly opened Argentinian steakhouse, Chamuyo, around the corner. We also discovered that Chamuyo London is an Argentinian steakhouse with halal options for steaks, chicken, and lamb. Since we didn’t have any dinner plans that day anyway, there’s no better time to drop by and check it out!

Argentinian steakhouse Chamuyo actually started in Brighton in 2011. Following their success there, they decided to take on the London market and opened a second branch in Bayswater! Chamuyo’s new London branch is an intimate space tucked away on a quiet little street off Inverness Terrace. It is dimly lit and the interiors resemble a basement wine cellar. Personally, we’re not the biggest fans and would prefer a lighter, airier interior.

Anyway, moving on to the menu, it’s pretty simple with a couple of starters, a few meat dishes like lamb chops and chicken chimichurri, and then a good selection of steak options. All steaks, chicken and lamb are halal. (but not the meat in the empanadas) in Chamuyo. Alcohol is served in the restaurant and please note that Chamuyo London is currently only open in the evenings from 6pm

The food: what we ordered

We start with a complimentary bread and cheese basket, which is always nice. I have always said that you can usually tell a lot about the restaurant with the basket of bread. The immediate impression I got is that Chamuyo is going for a rustic style and not going to be a fancy dining experience, which is not a problem. It includes crusty bread and a little pot of cheese that was a bit rough around the edges presentation-wise but tasted good.

Chamuyo offers quite a few steak selections on the menu. As we struggle to decide which steaks to choose, the best way is to order the Meat Sampler, which includes four “premium cuts” and is enough to serve two. The steaks come stacked on a hot plate and there are also two side dishes to choose from (more on that below). Any sauce is an extra cost and we paid an extra £1.75 for the spicy chimichurri (there’s also a regular chimichurri sauce if you don’t want spice).

I apologize in advance for not being entirely sure which is which on the plate. As far as I can gather it was the ribeye steak that turned out to be the best of the rest. We ordered medium rare but the steaks turned out more medium well. Of the four, the ribeye had the most flavor and was the most tender. However, the remaining three steaks (one is a filet) were underseasoned, overcooked, and dry. As for the spicy chimichurri, it was decent, but given the unimpressive steaks, it didn’t quite shine.

Mashed potatoes and French fries (included in the sampler)

Moving on to the side dishes, you can choose two with the Meat Sampler. Options include French fries, mashed potatoes, and salad; We chose the first two. Unfortunately, the fries lacked seasoning and the mashed potatoes, simply put, looked like canteen food. I would also not consider the adequate quality of the restaurant. The only positive was that the portion sizes were relatively generous. But other than that, it was pretty unimpressive.

At the end of the day, having only paid £30 in total for 2 people due to the new opening promotion, I’m not going to complain too much. However, if it were full price, we wouldn’t be very happy with the quality of food we received at Chamuyo. The idea of ​​Chamuyo being a halal-friendly Argentinian steakhouse in London is a huge draw and would have been an easy win. But neither the quality of current foods nor the presentation are enough to impact the market.

Since they literally just opened, there were a few minor issues like forgetting our sides and sauce. However, the staff went out of their way to provide good service and have been very friendly at all times. But as the food hasn’t impressed, which is the most important thing, I’m afraid we couldn’t recommend the place.

Looking for other halal-friendly restaurants in the Queensway/Bayswater area? Check these out too: